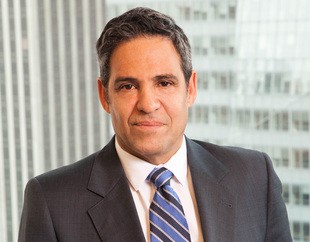 Mr. Berman has extensive experience representing and advising large institutional investors, bankruptcy trustees, receivers, family offices, funds of funds, investment advisors, officers and directors and wealthy individuals in high-profile matters involving investment funds and their auditors, administrators, prime brokers, and other professionals, and has procured significant settlements. He also counsels investors and funds regarding investment decisions and potential issues before litigation has commenced and has resolved many matters pre-litigation.

Mr. Berman represents both plaintiffs and defendants in state and federal courts, including at trial and arbitration, and has significant experience handling cross-border disputes. He also acts as an arbitrator in cases involving financial disputes and has twenty years of experience serving as a mediator.

Mr. Berman has been involved as a board member of the New York County Lawyers Association (NYCLA) for over twenty years. He serves as the treasurer for NYCLA’s Foundation and is the former chair of NYCLA’s Committee on Federal Courts. He is also a former board member of the Chappaqua School Foundation in Westchester County, New York.

U.S. District Courts for the Southern and Eastern Districts of New York and for the District of Columbia

“Scott Berman and Friedman Kaplan are my go-to firm for referring litigation. They are very smart attorneys that provide top notch services, have few conflicts, and are proven winners.”