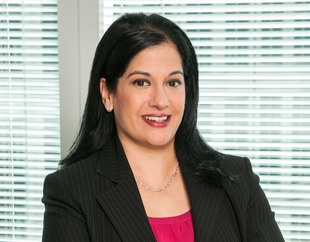 Mala Ahuja Harker is a member of the firm's Management Committee.  She represents individuals and corporations in the financial services, pharmaceutical, and other industries in connection with white collar, securities, employment, and complex commercial litigation matters.

Prior to rejoining Friedman Kaplan, where she was formerly a partner, Ms. Harker served as an Assistant United States Attorney for the District of New Jersey from 2011 through 2017. In this role, Ms. Harker investigated and prosecuted cases involving sophisticated financial frauds, insider trading, securities violations, mortgage and bank fraud, tax evasion, money laundering, public corruption, identity theft and cybercrime, as well as violent crime and drug offenses, among others.

Ms. Harker’s work for the U.S. Attorney’s office included a long term investigation involving corruption at the Newark Watershed Conservation & Development Corporation, which resulted in the conviction of several high ranking employees and outside contractors of the agency.

Ms. Harker was selected to Chambers & Partners' list of ranked lawyers in the Litigation: White-Collar Crime & Government Investigations in New Jersey category of the 2021 and 2022 Chambers USA guides. A description of the selection methodology can be found here.  (No aspect of this advertisement has been approved by the Supreme Court of New Jersey.)

Prior to her time with the District of New Jersey and with Friedman Kaplan, Ms. Harker was an associate at Paul, Weiss, Rifkind, Wharton and Garrison LLP.

Ms. Harker is a member of the Federal Bar Council, the Women’s White Collar Defense Association and its Development Committee, the New York City Bar Association and its Women in the Legal Profession: White Collar Crime Subcommittee, and the South Asian Bar Association of New York, in addition to serving as the firm’s Management Committee representative on the Leadership Council on Legal Diversity. She is also an active member of professional organizations that advocate for gender equity and inclusion within the workplace, including the National Association of Women Lawyers and the Legal Network for Gender Equity, which connects those who have experienced sexual misconduct in the workplace with attorneys and public relations professionals who can help them.  Ms. Harker serves on the Board of Trustees of Volunteer Lawyers for Justice, which improves the lives of economically-disadvantaged adults, children, and families in New Jersey by empowering them with tools, advice, and pro bono representation with the goal of securing fair and equal treatment within the legal system.