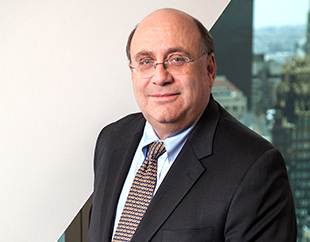 Eric Corngold, the head of Friedman Kaplan’s white collar department, is well known for his work in white collar criminal defense and investigations. Prior to joining Friedman Kaplan, Mr. Corngold built a tremendous reputation as a public prosecutor in New York. Today, he puts the insight into the enforcement perspective that he gained through twenty-five years of public service to work representing businesses, their executives, and their employees during federal and state criminal investigations, as well as in regulatory matters involving the Securities and Exchange Commission and other federal and state government agencies. He also conducts internal investigations for corporations and other institutions on behalf of officers, boards of directors, and audit committees.

Because of the nature of Mr. Corngold’s work, many of his most successful matters have not resulted in public charges and remain confidential.

Mr. Corngold served as New York State's Executive Deputy Attorney General for Economic Justice from 2007 to 2009, acting as the principal advisor to the New York Attorney General on litigation and policy concerning financial markets, antitrust matters, corporate and consumer fraud, and housing. In this role, he led broad-ranging initiatives including the office’s auction rate securities investigation, which resulted in settlements with eleven major international financial institutions, returning more than $51 billion to investors and resulting in over $597 million in fines, and the office’s civil action against Intel Corporation, the largest government antitrust case brought in the last decade.

Mr. Corngold frequently lectures on white collar crime, securities law, and criminal procedure topics, and is currently an adjunct Professor of Law at St. John's University School of Law, where he teaches that school's course on White Collar Crime. Mr. Corngold is the Chairman of the New York State University Construction Fund and a member of the Board of Trustees of SUNY, New York State’s network of public universities, where he serves as the chair of the Board’s Academic Medical Centers/Hospitals Committee and as a member of the Board’s Audit Committee. Mr. Corngold was twice nominated (in 2016 and 2017) to serve on New York’s Court of Appeals.

U.S. District Courts for the Southern, Eastern, and Western Districts of New York

“Credited with transforming the Brooklyn U.S. Attorney’s Office into a major player in criminal securities prosecutions.”