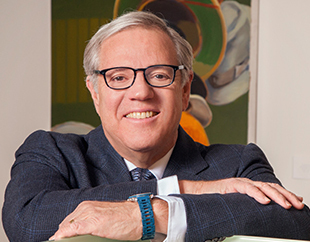 Barry Adelman represents clients around the world in mergers and acquisitions, public and private placements of equity and debt securities, secured loan transactions, formation and structuring of corporations, partnerships, LLCs, and joint ventures, project financings, and other commercial transactions. He is particularly well known for his extensive work on behalf of the pioneers of the wireless telecommunications industry, beginning in the 1980s. In addition to other work on these companies’ behalves, Mr. Adelman was lead counsel in the formation of the joint ventures which obtained licenses for in excess of sixty of the top ninety cellular markets, and represented his clients in several separate multibillion-dollar transactions.

Mr. Adelman also represents and advises special committees in evaluations of interested-party transactions, and high-net-worth individuals and families in connection with employment and personal matters as well as business and financial transactions.

Prior to joining Friedman Kaplan, Mr. Adelman was a partner for more than twenty years at Rubin Baum Levin Constant & Friedman.

Mr. Adelman is an Adjunct Professor of Law at the University of Michigan Law School and has taught a seminar titled "Anatomy of a Deal" for more than a decade.  In September of 2018, he was inducted into the Wireless History Foundation Hall of Fame.

“Barry Adelman and Gary Friedman are the two best lawyers I have worked with, period. No one else is even in the ballpark.”