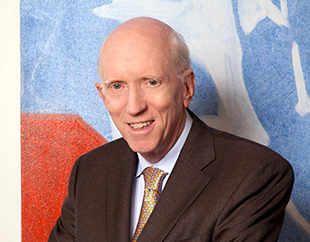 The Honorable Robert S. Smith (Ret.) joined Friedman Kaplan following his retirement as Associate Judge of the New York State Court of Appeals, New York’s highest court, where he served for more than a decade. During his time on the bench, he wrote scores of opinions and became well known for his judicial scholarship, insight, and intellectual rigor.

Prior to his time on the Court of Appeals, Judge Smith practiced law in New York City, and was a partner with Paul, Weiss, Rifkind, Wharton & Garrison for over 25 years. He has argued dozens of appeals before the federal and New York appellate courts, and two appeals before the United States Supreme Court. His trial experience in complex commercial cases is also extensive. He is a Fellow of the American College of Trial Lawyers.

Judge Smith taught at the Benjamin N. Cardozo School of Law from 2006 until 2015 and in 2019, and taught at Columbia Law School from 1980 until 1990. He is the author of several articles, and a frequent speaker at bench and bar events.