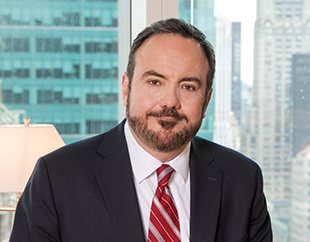 Lance Gotko is head of the firm’s employment practice group and represents companies and individuals in the financial services and other industries in connection with a wide variety of employment and complex commercial litigation matters, including in jury and non-jury trials and arbitrations. He provides advice and representation in disputes related to employment and separation agreements, group moves, compensation, misappropriation of trade secrets, breaches of non-compete agreements and fiduciary duty, and discrimination, and provides advice related to compliance with federal, state, and local employment laws.

U.S. District Courts for the Southern, Eastern, and Northern Districts of New York

The Honorable Morton I. Greenberg, U.S. Court of Appeals for the Third Circuit