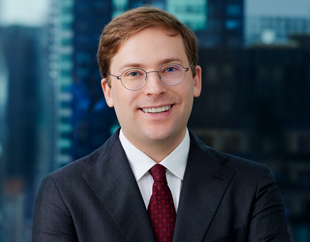 Prior to joining Friedman Kaplan, Mr. Henney served as a law clerk to the Honorable Cheryl L. Pollak of the U.S. District Court for the Eastern District of New York and to the Honorable Jenny Rivera of the New York State Court of Appeals. Mr. Henney was also an appellate counsel at the Center for Appellate Litigation where he briefed and argued over two dozen cases in New York's appellate courts, winning several cases involving issues of first impression. He also conducted an extensive investigation that led to a client's exoneration.