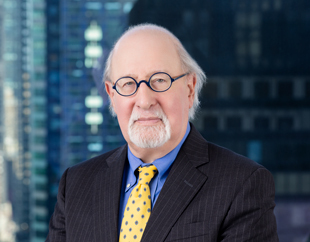 Lawrence S. Robbins is a trial and appellate lawyer with a multi-faceted practice that includes high-stakes complex commercial litigation and bankruptcy litigation, as well as high-profile white collar and investigations representations. He is a fellow of the American College of Trial Lawyers and has tried a multitude of cases around the country in both federal and state courts and in bankruptcy courts. His appellate experience includes arguing 20 cases before the U.S. Supreme Court and over 60 cases before various U.S. Circuit Courts of Appeals.

Mr. Robbins was a founding partner of litigation boutique Robbins, Russell, Englert, Orseck & Untereiner LLP, which for two decades was one of the most highly regarded trial and appellate firms in the country. Prior to that, he served as an Assistant U.S. Attorney for the Eastern District of New York, an Assistant to the U.S. Solicitor General, and an Associate Independent Counsel, and was a partner in the Washington, D.C. office of Mayer Brown LLP.

Mr. Robbins is a former Adjunct Professor of Evidence at Georgetown Law School.

U.S. District Courts for the Southern and Eastern Districts of New York and the District of Columbia