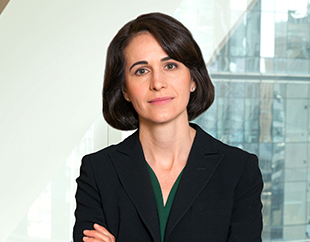 Katherine Pringle represents clients across a broad array of industries in complex commercial disputes, including at trial. She is an accomplished appellate advocate, and her work in this regard includes significant recent victories in the U.S. Courts of Appeals for the Second and Tenth Circuits. She particularly excels in handling large cases that depend on scientific or economic evidence and expert testimony.

In addition, Ms. Pringle has an active white collar practice. She regularly represents clients in the financial services and other industries in connection with investigations by federal and state prosecutors, the Securities and Exchange Commission, FINRA, and other regulatory bodies, and counsels clients with respect to their obligations under the Foreign Corrupt Practices Act and other federal laws. Because of the nature of Ms. Pringle’s white collar work, many of her most successful matters have not resulted in public charges and remain confidential.

Ms. Pringle has an active pro bono practice, which has included litigation involving a religious organization's First Amendment right to conduct outreach to the homeless, and representation of families before the September 11 Victim Compensation Fund. She also served as co-counsel to the Kerry for President Campaign in litigation concerning the 2004 Florida election ballot, as well as co-counsel to plaintiffs in Jacobs v. Seminole County, concerning the 2000 Florida presidential election count.

The Honorable Samuel A. Alito, Jr., U.S. Court of Appeals for the Third Circuit