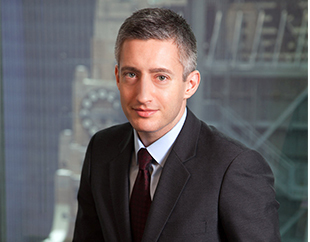 Jason Rubinstein represents public and private companies, investment funds and investors, and high-level executives as plaintiffs and defendants in business and financial disputes, and particularly excels in handling matters of exceptional complexity. He has a broad-based practice in the federal and state courts, as well as before various arbitral tribunals. His areas of focus include complex contractual disputes, business torts, bankruptcy litigation, securities fraud, business divorces, employment litigation and arbitration, and defense of law firms in legal malpractice cases. He also advises clients, including corporate boards and special committees, in connection with internal investigations and derivative lawsuits.

Mr. Rubinstein is a member of the firm's Management Committee. In addition, he serves as General Counsel to Friedman Kaplan and advises the firm on all matters of conflicts and ethics.

U.S. District Court for the Eastern District of Wisconsin

“We were fortunate to be referred to Friedman Kaplan and specifically Jason. Jason was able to quickly digest the complex facts and legal issues and deliver a precise analysis of the potential exposure. We achieved great results through Friedman Kaplan and Jason’s leadership. Jason and his team proved to be an invaluable partner.”