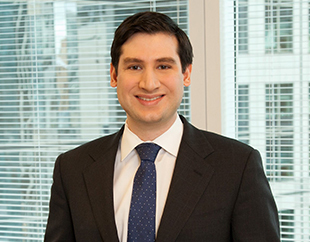 Alexander Levi is a complex commercial litigator with a focus on contract, employment, and securities law matters as well as complicated partnership disputes and business divorces. He represents clients in the financial services, real estate, education, and other industries in high-stakes actions before federal and state courts and arbitral tribunals. His experience includes arguing summary judgment motions, motions to dismiss, and other motions in various forums.

Mr. Levi serves as Secretary of the Board of Directors, as well as co-chair of the Sailing Committee, of Beach Point Yacht Club in Mamaroneck, New York. In addition to his secretarial responsibilities, Mr. Levi assists with event planning for the Club, including chartering two spectator boats for members to watch the 2016 America’s Cup races.