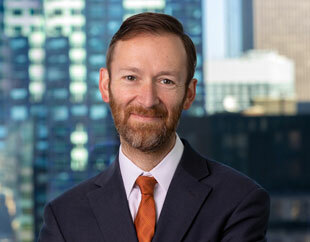 Tim Haggerty is an experienced litigator with a significant white collar defense and civil litigation practice.

Mr. Haggerty has helped senior executives, public and private companies, and institutions of higher education defend themselves in investigations and enforcement matters brought by the Department of Justice, Securities and Exchange Commission, Commodity Futures Trading Commission, and state, local, and international prosecutors. He has helped clients navigate and respond to allegations of securities fraud, insider trading, racketeering, violations of the Foreign Corrupt Practices Act, bribery, and tax violations, among others. Mr. Haggerty has conducted confidential internal investigations that have never become public, and he has represented clients in some of the most high-profile matters in the nation.

Mr. Haggerty also has a broad civil litigation practice, including handling actions arising under the securities laws, business disputes, fraud, and general litigation matters, as well as counseling individuals and companies seeking to resolve disputes before they turn into lawsuits.

Mr. Haggerty has extensive experience handling a variety of matters involving institutions of higher education, including advising on governance, conducting internal investigations, responding to local, state, and federal inquiries, and litigation, including with respect to Title IX, employment matters, and the Family Educational Rights and Privacy Act (FERPA).

Because of the nature of Mr. Haggerty’s work, many of his most successful matters have not resulted in public charges and remain confidential.

Mr. Haggerty also has an active pro bono practice. Some of his notable matters have included representing the Giffords Law Center to Prevent Gun Violence in various matters, including as amicus in opposition to an action challenging New Jersey’s regulations banning large-capacity ammunition magazines, and representing a victim of Hurricane Sandy in litigation against her insurer arising out of the insurer’s refusal to provide coverage for damage to the victim’s manufactured home.

Order of the Coif, Rutgers University School of Law