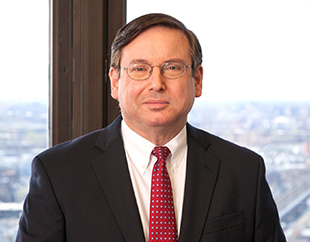 Robert Lack has played a leading role in many of the most high-profile cases handled by Friedman Kaplan for more than three decades, and over that time has built an exceptional reputation for his insight, tenacity, and creativity. He represents investors, funds, collateral managers, servicers, counterparties, and litigation trusts and indenture trustees in complex and multidistrict commercial litigation, securities litigation, accountants’ liability cases, and bankruptcy litigation, including in jury and non-jury trials and arbitrations.

Mr. Lack particularly excels when addressing issues of special complexity or difficulty, including in matters of first impression. From his work representing investment funds and financial services companies in disputes involving complex financial products such as collateralized mortgage obligations and commercial mortgage-backed securities, to his ongoing work in cases seeking to claw back billions of dollars from thousands of shareholders, Mr. Lack is a formidable force when confronting the most complicated challenges.

The Honorable Leonard I. Garth, U.S. Court of Appeals for the Third Circuit

“Bob Lack is a fast, creative thinker, and leaves no stone unturned.”