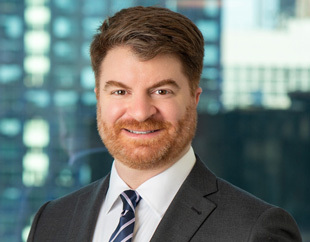 John Orsini advises and represents major public companies, private firms, and high-ranking executives in the financial services, technology, and other industries. He represents clients as plaintiffs and defendants in complex business and financial disputes in federal and state trial and appellate courts, and before FINRA, AAA, the ICC, and other arbitral tribunals.  He has examined and cross-examined dozens of witnesses at trial and in hearings, and argued numerous motions.

His matters involve diverse issues and claims, including breach of contract, breach of fiduciary duty, securities fraud, and business divorces. He has represented a number of companies and individuals in connection with the movement among firms of high-producing financial services professionals and other employees, including in emergency hearings for immediate injunctive relief. He also regularly counsels clients pre-litigation concerning strengths and weaknesses of claims and defenses, and the resulting tactical path forward in difficult circumstances.

The Honorable Maryanne Trump Barry, U.S. Court of Appeals for the Third Circuit

“We have turned to John Orsini for practical advice and representation in both actual and potential dispute contexts. Whether it is providing a quick, intelligent off-the-cuff opinion or representation in a full-blown commercial litigation, we have found his and Friedman Kaplan’s services to be exemplary. We recommend them wholeheartedly.”