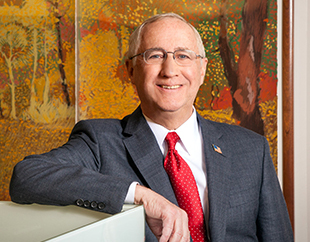 Bruce Kaplan, a founder of Friedman Kaplan, has served as lead counsel in a number of complex commercial, financial services, and securities cases. His practice includes representation of major public and private companies across a wide variety of industries, including before arbitration tribunals, in mediation, and on appeals before state and federal courts. Following the financial crisis, Mr. Kaplan successfully represented a number of private equity funds in several prominent and leading-edge contract disputes related to breach of financing commitments.

Mr. Kaplan has a significant trial practice which has included both jury and bench trials of major commercial litigations. He also represents audit committees, special committees, and entities in connection with confidential and expedited internal investigations.

Prior to founding Friedman Kaplan, Mr. Kaplan served in the U.S. Air Force and was an associate at Kelley, Drye & Warren and later in the litigation department at Paul, Weiss, Rifkind, Wharton & Garrison. He then served as Chief Assistant Corporation Counsel of New York City. In that position he had supervisory responsibility for all trials and appeals to which the City was a party, and personally served as the City's lead trial and appellate counsel in many significant cases involving federal securities laws, product liability, federal and state constitutional principles, and municipal contracts.

Mr. Kaplan is a member and former trustee of the Federal Bar Council, an organization dedicated to promoting excellence in federal practice and fellowship among federal practitioners in the Second Circuit.

U.S. Courts of Appeals for the Second, Third, and Fifth Circuits