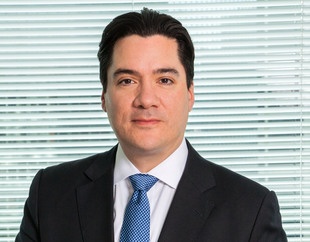 Ricardo Solano represents individuals and corporations in the healthcare, financial, construction, and other industries in matters involving allegations of fraud, bribery, false claims, violations of FDA regulations, tax evasion, and money laundering. These matters involve federal, state, and local law enforcement authorities and are often accompanied by parallel civil or regulatory proceedings. Mr. Solano also assists companies in the healthcare and other industries in connection with confidential internal investigations.

Prior to joining Friedman Kaplan, Mr. Solano served as First Assistant Attorney General of the State of New Jersey from 2008 to 2010, the State's second highest-ranking prosecutor, where he was responsible for oversight of the Divisions of Criminal Justice, Law, Consumer Affairs, and Gaming Enforcement. He also previously served as an Assistant United States Attorney for the District of New Jersey, where he prosecuted cases involving violations of federal anti-corruption and bribery statutes, mail fraud, tax evasion, export control law violations, pharmaceutical and other product diversion schemes, and cyberstalking. He also served in the Appeals Division, arguing criminal appeals before the United States Court of Appeals for the Third Circuit.

Each year since 2018, Mr. Solano has been selected to Chambers & Partners' list of ranked lawyers in the Litigation: White-Collar Crime & Government Investigations in New Jersey category of the Chambers USA guide. A description of the selection methodology can be found here. (No aspect of this advertisement has been approved by the Supreme Court of New Jersey.)

Because of the nature of Mr. Solano’s work, many of his most successful matters have not resulted in public charges and remain confidential.

U.S. District Courts for the Southern and Eastern Districts of New York, and District of New Jersey