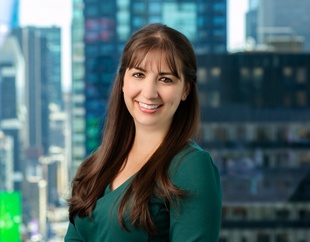 Danielle Tepper’s practice focuses on complex commercial litigation. She represents public and private companies in connection with contract, fiduciary duty, tort, employment, and other disputes in federal and state courts, as well as in arbitrations.

Prior to joining Friedman Kaplan, Ms. Tepper was an associate at Pryor Cashman LLP.

Ms. Tepper is a member of the Project Development Committee of the Law Firm Antiracism Alliance, a coalition of more than 250 law firms collaborating with legal services organizations to amplify the voices of communities and individuals impacted by racism, to better use the law as a vehicle for change that benefits communities of color, and to promote racial equity in the law. She also is a member of the New York County Lawyers Association and serves as co-chair of its Committee on Women in the Law. Ms. Tepper was selected as a member of the Leadership Council on Legal Diversity’s 2021 class of Pathfinders, a program offering leadership and career development training for high-performing, early-career attorneys.

U.S. District Courts for the Southern and Eastern Districts of New York and the District of New Jersey

John B. Adams Award for Excellence in Mass Communication Law

Senior Notes Editor, Journal of Gender and the Law